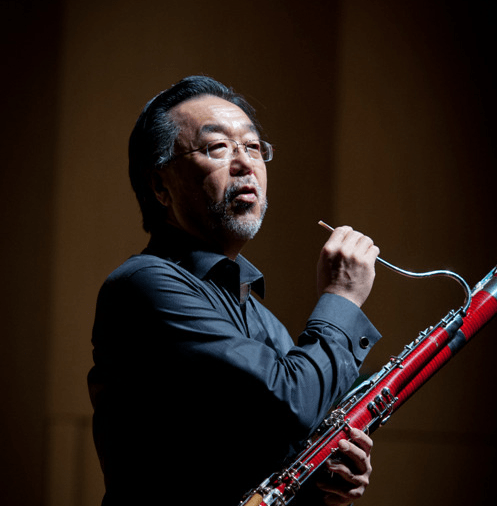 Yoshiyuki Ishikawa is the Professor of Bassoon and the Chair of the Woodwind Area at the University of Colorado Boulder, College of Music. He has performed and presented solo recitals, masterclasses and workshops at prestigious conservatories, schools of music, and festivals in North America, Eastern and Southeast Asia, Europe and Oceania.

A leader in the double reed community, he founded and is the president of the Asian Double Reed Association (ADRA), which maintains memberships in China, Hong Kong, Japan, Philippines, Singapore, Taiwan and Thailand. From 1990 to 2020, he served as a member of the IDRS Executive Board holding the positions of President, Secretary, and Editor of IDRS Online Publications. He is the founder and creator of the original idrs.org, which he launched in 1995, three years before the introduction of Google, PDF and Yahoo! Search. Ishikawa supervised and maintained the idrs.org for twenty-two years until the most recent update in 2018. Idrs.org has been online continuously since its inception and is one of the oldest public web sites dedicated to a music organization. Ishikawa has produced and edited over 525 archival on-demand videos for IDRS, and in 2016 he produced the first live stream event of the IDRS Gillet-Fox Competition.

In 1987, Ishikawa hosted the 16th annual IDRS conference in Las Vegas, Nevada, and he has continued to advise and support double-reed conferences worldwide. In 2015, he co-sponsored the IDRS conference in Tokyo under the auspices of the third ADRA conference. In 2011, he collaborated with Dr. Chris Schaub of Mahidol University, College of Music in Thailand to organize the first ADRA conference. In 2013, he worked with professor Rong-Yi Liu of the National Chiayi University of Taiwan to organize the second ADRA conference during the Chiayi International Band Festival. Most recently in November 2019, he collaborated with professor Chang Tian Piao of Minzu University in Beijing (中央民族大) to organize the fourth conference of ADRA. Ishikawa, with his colleague Peter Cooper, will host the fiftieth anniversary conference of IDRS at the University of Colorado Boulder in July 2021.